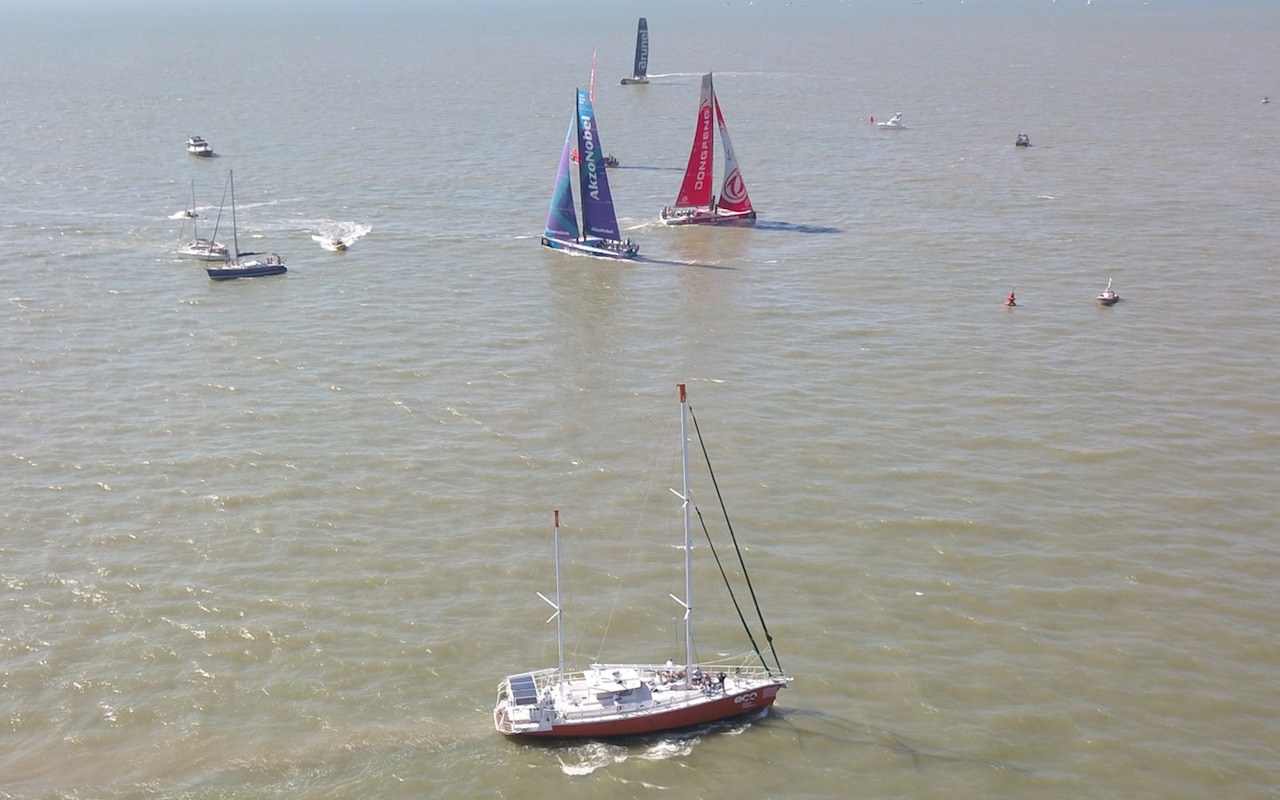 In April 2018 Itajaí hosted for the third time the Volvo Ocean Race (VOR), the largest nautical event in the world.

The Veleiro ECO stand remained at Centreventos throughout the Volvo event (April 5th to 22nd) and, between April 9th and 20th, was visited by approximately 200 students from public and private schools per day, in addition to local residents. and tourists.

In it, visitors had information about the Sailboat ECO Project, got to know some research equipment that will be used in field work, were able to view some tiny marine animals under microscopes – marine plankton – and interacted with an exhibition of environmental awareness focused on the problem of marine pollution.

On the 15th of April, the Sailboat ECO docked in Vila de Regata and was visited by approximately 500 people.

On behalf of UFSC, we participated in the organization of the event “Combating Garbage at Sea – The Future of the Oceans”, in partnership with FAMAI, UN Environment, MMA – Ministry of the Environment and members of the Volvo Ocean Race and the Clean Mares Project ( Clean Seas). The event was attended by 500 people.